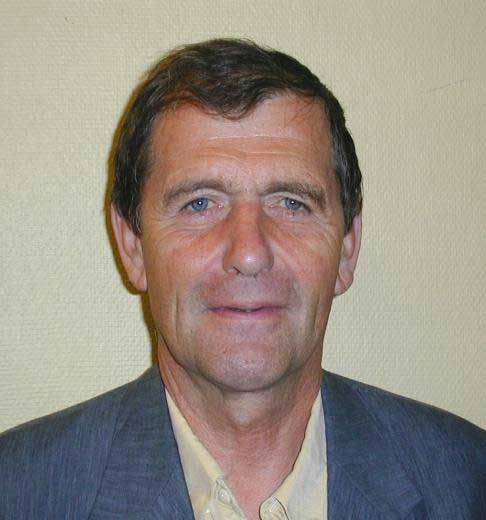 I first met Tom during a seminar in 1979, run by Philippe Caille, who was teaching family therapy at the University of Oslo. He had heard I was in Italy and asked me to come to Norway. So I stayed with his family and then met his students, about eight of them, including a group from Tromsoe that included Tom and Vidje Hansen and one other man whose name I only remember as “Odd.”
*d!u@T q0
Z9mVvAe+L}1{n0On the morning of the seminar’s second day, Tom’s group was conspicuously absent. The meeting was half over when the three of them crept in, very apologetic, with Vidje wearing cracked glasses. They explained that they had gone down to the waterfront the evening before and found a boat, in which they spent the night “celebrating.” That morning, getting out of the boat, Tom stepped on Vidje’s glasses. They were incredibly sorry. But Tom, even at his most apologetic, was clearly a star. He had gone up North to the “Red University” in Tromsoe after he got his medical degree, and was teaching there when I met him. He seemed to be much entangled in professional politics and complained about the antagonism shown him by the establishment psychiatrists in the South.
x0m)O;Bn^js;B;O }%@0心理学空间(\.p&Mj'aT6T.}|
At the time, I was teaching at the Ackerman Institute. The Milan team had been invited to show their work to us the year before, and I had become an instant follower. So I formed my own team: it contained Peggy Penn, who was just coming out of her internship, plus the late John Patten and Jeff Ross, two neurolinguistic psychiatrists from Payne Whitney who had heard of us and came along just as we needed them. By this time, Boscolo and Cecchin had started a training center and were holding international summer workshops in the Italian lakes. The team organized by Peggy and myself went to the very first one, which (I think) was held on an island called Montisola in Lake Garda. Karl Tomm brought a team from Canada, and Tom’s Tromsoe team was there too, plus a scattering of people who were not in teams. 心理学空间 \:f{"]*BgiF

L2Ie(F8pN0Throughout these meetings, Tom seemed to me like a person who was finding his true family. Peggy became a special object of adoration for him, and he clearly worshipped Boscolo and Cecchin - well, we all did. I will never forget the night Tom decided to carry a very heavy Luigi in his arms (I have a photograph of that) and sprained his back so badly that Vidje had to tie his shoes for a week. When he met Harry Goolishian, who joined the Milan Meetings at a later point, he became an instant son. Me he called his “little sister,” and would always take my arm in his when crossing icy patches of road. 心理学空间k0T0ELQe7T_P

8xzhh/hJ0I remembered a story he told us about his father being held in a German prison just across the border with Russia. When his father finally came home, Tom was six. During the family’s reunion, the father made much of Tom’s older brother and sister, but ignored Tom,who must have been very small when he left. The little boy went outside while the family celebrated and went to work digging up the back garden. It took him six hours. Nobody noticed his offering or praised him for it. The story left me with an understanding of Tom’s intensive efforts on behalf of others. In fact, he seemed almost offended if you thanked him, and literally brushed any attempt at praise away. 心理学空间c_1x!@_r

k!?x qn0The teams meetings morphed into a yearly celebration. They took place at first in the Italian lakes, then moved on to Ireland, to Britain, and most recently to Norway and Finland. Starting with Boscolo and Cecchin, the later ones were usually organized by Tom and took place in Arctic settings. They had an always changing cast of characters revolving around a more slowly changing inner group. In the mid-eighties, a benevolent inspiration propelled Tom to the forefront of this evolving web. Tom came up with a variation on the Milan team that his group called a Reflecting Team. Instead of the observer/observed structure that turned the team into expert researchers and its clients into objects, its shape became more like a small democracy, with the family included respectfully as equals. I wrote a foreword to Tom’s book (Anderson, 1991) on this development, and I always liked my first sentence:
wz"x S%wq3V0
(d%f_1rQ#\0“One could call this a book, but one could also call it a description of a new flying machine.” 心理学空间-lC4hsf$_+@

1Zri5U%}pAuwf0I think the various forms of reflective conversation have indeed moved us to a Fifth Dimension. There is something about this net-based style that avoids prescriptions or structured interventions. It depends on serendipitous discoveries that come from mutual exchange rather from any one individual. In light of recent Internet-inspired writing like James Surowieki’s “The Wisdom of Crowds,” this may be a blessing. The innovative group of people out of which the discovery of the reflecting team emerged had a special genius. No one person ever became the big guru, as so often happened with schools of therapy that had a founder. As a result, our floating band never calcified into a fixed shape, but kept sending out roots or shoots from which new and unexpected modes of theory and practice blossomed. 心理学空间MT/tWyXr

O'wyMnp ?C.lg2Y0And this “growing edge,” as Carl Whitaker once called it, is well established now and never rests. Thanks to the work of French philosophers Gilles Deleuze and Felix Guatteri, freshly rediscovered by my Canadian colleague Chris Kinman, I am seeing the emergence of a new guiding metaphor, the Rhizome, that replaces the System. System talk was useful in its day, but was limited by its base in the technology of control. Rhizomes are linked to the natural world, and bring a looser and more adventurous element to the table. Go to Kinman’s blog at christopherkinman.blogspot.com to see how he has built on what he calls the “rhizome experiment.”心理学空间 {L&M"z;S3zmh

aIK'yM0I used to compare family therapy to crabgrass, because it had a subversive streak, and would pop up in the neighbor’s yard if eradicated in one’s own. Now I think that we are living in a “Rhizome Century.” The Internet, itself a rhizome, is bringing us a shape-changing horizon as powerful as the Gutenberg Bible. We are also seeing a movement toward ways of organizing that are less centralized and less hierarchical than we are used to, typified by outfits like Google, Amazon, eBay, craigslist, and Skype. A brilliant new book, “The Starfish and the Spider,” by Ori Brafman and Rod A. Beckstrom (2006), puts their central idea succinctly on its book jacket, and I quote:心理学空间?E`k-PN X$y ~
心理学空间YUfa[tb+o
“If you cut off a spider’s head, it dies; but if you cut off a starfish’s leg, it grows a new one, and that leg can grow into an entirely new starfish. Traditional top-down organizations are like spiders, but now starfish organizations are changing the face of business and the world.” 心理学空间2B2|HYt uL
心理学空间N/?4E wu.j zR
Tom’s work and writing prefigured this new decentralized world. His therapeutic iconoclasm undermined the top-down structures of the so-called helping professions, and his practices explored the subversive or stifled voices so often hidden in the body as well as the body politic. One of Tom’s favorite phrases came from Harry Goolishian: “You never know what you mean to say until you say it.” Finding not only the meaning but the place in the body where the meaning resided was for Tom an esssential part of his work. The other essential was to find out who should hear that meaning and make sure that they heard it.心理学空间y_dIQI R C'ja
心理学空间t-gGNTS9Y
I know that many people, those present at Tom’s memorial and others like myself, who regret not being there, have heard and treasured Tom’s meanings. We will carry it with us on our own journeys. After all, we have a new flying machine.
T4nF:U9U%b4y0心理学空间lD k&Xq-[i